The Dreadful Unwanted Muscle Spasm and one Researchers Story

Recently Mr. Dhaliwal presented to our office with left sided neck and upper back pain. Mr. Dhaliwal is a researcher who uses his computer quite a bit. He doesn't realize it but he when he types he keeps his shoulders up in a scrunched up manner and looks down at his keyboard at hours on end (doing research). He is also under a lot of stress at work to complete deadlines and this definitely does not help the situation. After a consultation and examination it was found that Mr. Dhaliwal was having muscle spasms of the neck and upper back muscles.
What exactly is a muscle spasm, you may ask? A Muscle Spams is an involuntary contraction of a muscle or a muscle group. It is often very painful. Many times a muscle spasm keeps a muscle's motor unit continuously firing. This motion of continuous flexion of the neck (looking down) can have a negative effect on the soft tissue and nerves of the neck and shoulder region. It is suggested to our patient that he take frequent breaks to stretch your neck as often as possible.

Without sufficient movement, over time, nerve supply flowing from the neck to the arms can be obstructed and lead to tingling or numbness in the arms and fingers and eventually, headaches. Just as there is a continuous flow between the fluids on a cellular level, there is also a certain natural flow, similar to electricity, within the nervous system. Whenever there is an obstruction of the nerve flow, the part of the body that is supplied by that nerve does not function at its fullest potential.
Because Mr. Dhaliwal is in acute pain today, one of the first things we do is use an ice pack for 10 minutes in the upper back and neck. We use a 9 x 16 tri-sectional ice pack because this will cover his upper back and neck area well. 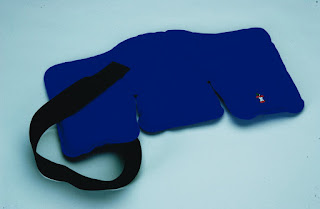 We follow this up with the application of Biofreeze- a natural pain relieveing gel that works effectively on muscle spasms. Pressure is put on the upper trapezius as well as muscles of the neck with the Biofreeze similar to a deep tissue massage.

It is also suggested that Mr. Dhaliwal take more breaks during the day. The simple activity of standing up and walking can stimulate nerve flow and allow his muscles to relax. Simple stretches for the trapezius muscle are also suggested; To stretch the trapezius muscles you drop your arms to your sides and slowly rolling your shoulders in a circular motion. You can also gradually add light hand weights and gently raising the shoulders upwards towards your ears. This will allow the muscles to eventually become stronger. Strong muscles reinforce and support the joints, and the neck consists of many joints between the individual vertebrae. Mr. Dhaliwal agrees that this stretch is very simple, something he can incorporate into his day. 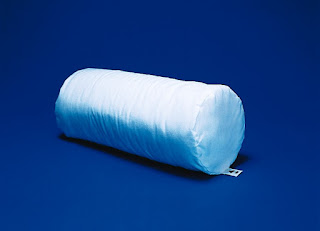 Finally, gentle cervical traction is also suggested. By placing a cervical roll or medium sized, rolled up towel under his neck, he can help relax the neck and shoulder muscles. Doing traction to his neck will support the cervical curve and increase the nerve and blood supply. Here is an example of a cervical roll: The Jackson Roll
Posted by Arc4life at 7/13/2007 05:52:00 PM No comments:

Why is the C-Curve so Important In Your Neck?

X-rays are a very important tool for looking at your spine- When looking at a front view X-ray of your neck (cervical spine) and low back (lumbar spine), the spinal bones (vertebrae) must be straight up and down. The bones must not be rotated nor tilted and no curvatures (scoliosis) should be present.

The side view X-ray must reveal three 63-degree arcs- 3 "C" Curves. The most important arc is in the neck (cervical spine) and should range between 34 and 43 degrees between C1 and C7 (the first and last cervical vertebrae). This cervical arc is known as the “Arc of Life” because mental life impulses travel directly from the brain down this part of the spinal cord to bring life to the rest of the body. Losing your Arc of Life causes the most severe obstruction to the brain, spinal cord and nerves, also known as the Central Nervous System (CNS)

If your CNS is unhealthy, you cannot become truly healthy by exercising or eating right alone. You can be healthier, but you cannot be at “normal” or optimal. Any “abnormal” position of the spine, misalignment of the bones, or any changes in these curves indicate a serious problem. It is absolutely vital to understand this point--any changes from “normal” will interfere with and eventually damage the Central Nervous System. Interference and damage to the Central Nervous System will always result in “abnormal” function of the body, improper healing, and poor, abnormal, or less than optimal health.

“ … Posture affects and moderates every physiologic function from breathing to hormonal production.”

When bones of the spine lose their normal position or motion, sensitive nerves and blood vessels to the head can be affected. When spinal nerves and related tissues are stretched or irritated they can symptoms such as headaches and neck pain. Aspirin and medication may cover up these warning signs, but do not correct the underlying structural cause. Many patients with neck pain have lost the normal forward curve in the neck. Ultimately, this can affect the brain stem and spinal cord. 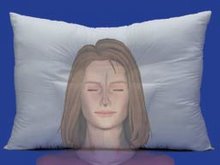 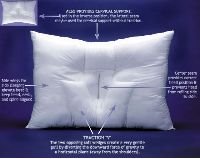 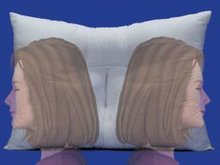